Isotretinoin is a medication that is mostly used for treating severe acne. It is being sold as numerous brand names with the most popular one being Accutane. But it can be sold as numerous others like Roaccutane and many others. The compound may have other medical uses than just treating acne such as treating certain skin cancers and other skin conditions. 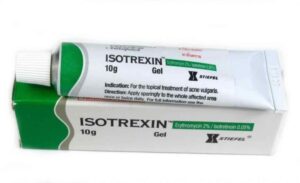 The compound can be extremely efficient in dealing with acne by blocking oil glands secreting oil. It inhibits the function of sebaceous glands. However, before actually running Isotretinoin is highly recommended to read about Isotretinoin side effects.

Specifically due to those Isotretinoin side effects, the compound can be obtained only by prescription in the United States. However, is still a compound that can be obtained as an OTC medication in many countries of the world. That’s regardless if you buy it as oral pills or as a topical solution.

Isotretinoin was patented in 1969 and was approved for use in medicine in 1982.

The compound is extremely effective in dealing with acne related issues. A study done on the compound proved that out of 133 patients who took the compound for 2-28 weeks and then followed by further follow-up during the year – 127 patients have noticed a partial or complete disappearance of acne.

Therefore, Isotretinoin has a success rate of 95%! So, Isotretinoin in bodybuilding is used to deal with side effects caused by anabolic steroids. Nonetheless, it is important to remember that it comes with its own side effects.

According to reports, people running the compound in small amounts are at much lower risks of side effects. By taking into consideration that bodybuilders generally need much smaller amounts than people who need it for dealing with severe acne prescribed by a doctor – they are less likely to get side effects.

Some of the worst side effects of Isotretinoin are associated with birth defects, depression, and suicide of patients, that’s why there are numerous warnings on the product.

Other than that, there are studies suggesting that this compound can be associated with a certain level of hepatotoxicity. That’s the main reason why it could lead to pancreatitis, suppression of HDL (good) cholesterol levels, and increased triglycerides.

Isotretinoin can be associated with some visual side effects too such as visual impairment, decreased vision at night, and others.

Other Isotretinoin side effects may include: palpitations, hoarseness, intracranial hypertension, and others. 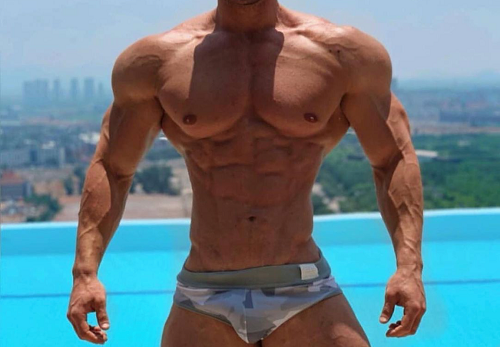 In the end, the most common side effects include dry lips (cheilitis); dry and fragile skin as well as increased susceptibility to sunburn. Rarely someone gets side effects more than these. Nonetheless, there are still uncommon and rare side effects such as muscle aches and pains as well as headaches.

Women who are pregnant should not use this product at all! That’s because the use of this drug even in small doses is associated with very serious complications of the fetus development. 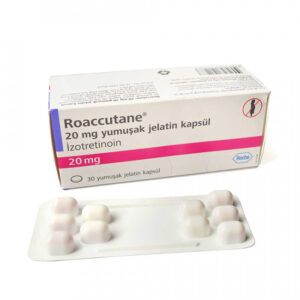